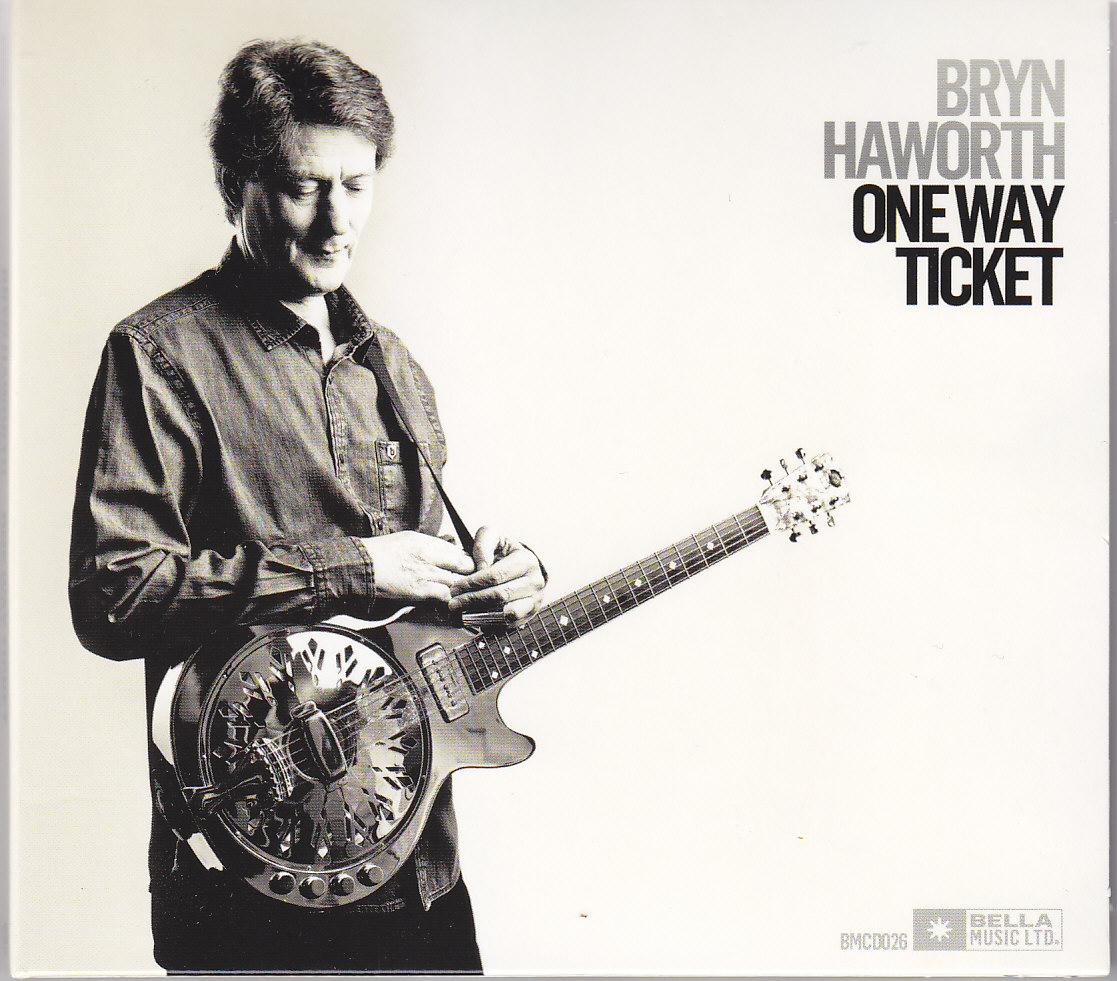 “One Way Ticket” sees Bryn returning to his rhythm and blues roots, with the occasional light jazz, folk and reggae detour.  He is accompanied by renowned drummer Henry Spinetti (Eric Clapton, Katie Melua), blues maestro Dave Bronze (Eric Clapton, Tom Jones) on bass guitar; Mark Edwards (Chris Rea) on keyboards, Karlos Edwards (Take That)  on percussion, Mal Pope (Aled Jones, Art Garfunkel) providing backing vocals, and harmonica playing on the title track from the legendry Paul Jones.   9 of the 12 brand new tracks are Bryn’s own compositions and there are also 3 arrangements of traditional classics - Sister Rosetta Tharpe’s 40’s ‘Strange Things  Happening Every Day’, a ‘spiritual’ from the 20’s ‘Nobody’s Fault but Mine’, and even a Christmas carol ‘Once in Royal David’s City’ – like you’ve never heard it before.    The lyrics are firmly rooted in the Gospel, and as usual on Bryn’s albums there is also a fair sprinkling of songs about everyday life and love.   Every blues guitar player needs a train song, says Bryn, and finally he has one – the rip-roaring ‘One Way Ticket’, which charges along with all the exuberance and excitement of a fast train with Paul Jones’ hot harmonica and Bryn’s electric slide daring you not to get on board.

6.Nobody’s Fault But Mine

7.Up On The Downs

9.God Is My Strength

12.Once in Royal David City

This site uses Akismet to reduce spam. Learn how your comment data is processed.

This may be a good place to introduce yourself and your site or include some credits.